So now that we have got ourselves a really fast bear market, we should be expecting a crippling economic slowdown over the next 6-12 months.

Isn't it a crippling slowdown and a forthcoming recession that typically ushers in a major bear market?

Well, in that case, consumer and business spending, the key drivers of the economy, along with the unemployment rate, have to begin a sharp and steep U-turn for a recession to arrive within 6-12 months. Typically, when workers are harder to find instead of jobs, it's not setting the stage for an economic recession.

Instead, this Bear market is being driven by fear created by growing uncertainty.

A Recession Of Confidence 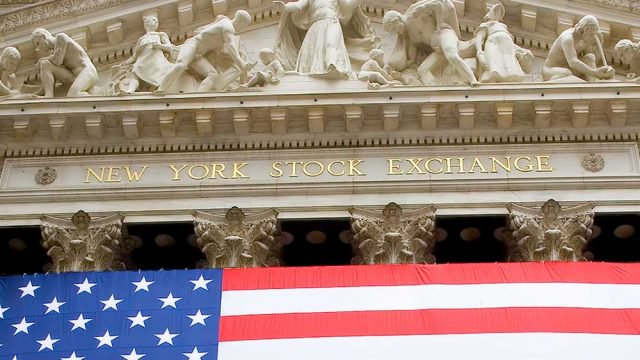 The December 2018 bear market is not triggered by a looming economic recession, but instead by a recession of confidence.

When one is actively looking for fear, it can be found lurking behind every stone. Investors are identifying risks everywhere. Unfortunately, this recession of confidence continues to be sustained by a steady drip of befuddling policy moves, plain old faux pas, and bumbling.

Chairperson Powell has had the dubious honor to be repeatedly inartful in his characterizations of the economy and monetary policy during his public remarks. Being "far away from neutral" to "being near the neutral" interest rate is one example.

The Federal Reserve policy change on December 19 to two potential hikes in 2019, down from three, could have been sufficient for the market to stabilize, as long as it believed that the Federal Reserve will be truly data-driven and recognizes the economic slowdown concern the market feels. That's exactly what Chairperson Powell noted during his press conference following the FOMC meeting:

I think from this point forward, we're going to be letting the data speak to us and form the outlook and form our understanding of what would be appropriate policy. So, there's a fairly high degree of uncertaintyabout both the path and the ultimate destination of any further increases."

That should have been music to investors' ears. Just the appropriately pragmatic way to move monetary policy forward in a delicate dance to prolong the 10-year old economic expansion. But Chair Powell had already blundered in the eyes of investors by earlier making the following comment about the balance sheet reduction:

So, we thought carefully about this on how to normalize policy and came to the view that we would effectively have the balance sheet runoff on automatic pilot and use monetary policy, rate policy, to adjust to incoming data."

In a market that is highly sensitized to an economic slowdown, the remarks about the runoff being on autopilot were hard to overlook and reconcile with a data-centered approach where all monetary tools are available for consideration. However, If these remarks were made a few months ago, they would have been ignored and the market would have happily focused on Chair Powell's comments about being data focused from this point forward. But in the state the market finds itself, it was the favorable comment about high data dependency from this point onwards that was ignored.

It was simply an inartful expression of policy at a time when the market sentiment was on edge. But the cost in the present environment was high. Very high. Confidence eroded further on the autopilot comment, eclipsing the dovish change, and the stock market has continued to slide. Even a subsequent walk-back by the Federal Reserve Vice Chair about everything being on the table helped but only for a few minutes.

The housing market has cooled off, oil price is slumping, and global growth is shifting from a synchronized expansion towards a more synchronized slowdown. Add to that the uncertainty from the China-related trade tension as well as the Federal Reserve's inarticulate back-and-forth, and the market has a lot to work its way through. And it did that by doing what markets do when faced with such uncertainty - retreat sharply. 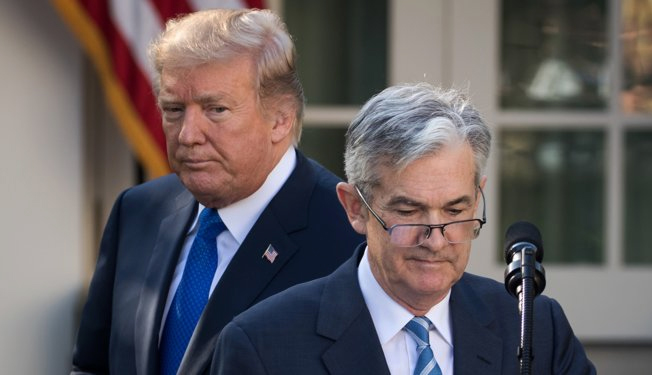 But it doesn't end with the Fed and China issues.

The stock market slide has been further fueled by a series of faux pas and tactless moves that just keep coming. In a market that will overreact to anything neutral or slightly negative, the best strategy for the administration is to not rock the boat. Stay still and perhaps even invisible.

But that's not the political style of the world we live in today.

And each time the stock market has been forced to pay a violent price, resulting in a slide day-after-day.

At a sensitive time for the financial system, the issue of government shutdown erupted from what was earlier being considered as a straight-forward funding extension into February, which the President had agreed to. The key thing here was that the situation went from an expectation of a resolution to a partial shutdown. If the partial shutdown outcome remained on the cards all through till the time it occurred, the market would have just shrugged it off, for at the present breadth and expected duration it doesn't pose an economic risk. What jolted the market was a U-turn, and that's uncertainty.

The shutdown further knocked the wind off the market eroding indexes by a few percentage points and depending on the length of the shutdown, it can remain an ongoing issue.

President Trump's distaste for the Federal Reserve policy of hiking interest rates and consequently its Chairperson Jerome Powell was well-known. But over the last weekend, it took a nasty turn when reports surfaced about Trump contemplating a forced resignation or firing of Chairman Powell. Investors may or may not agree with the policy of Chairman Powell, but no one questions the integrity of the person who has to operate independently as a leader of the most powerful financial institution in the world - The Federal Reserve.

When it comes to the Federal Reserve, there is decorum and a process, steeped in tradition, all with the intent of creating and preserving trust in the financial system. When the Federal Reserve becomes a subject in a public argument, akin to a street fist fight being witnessed now, that is uncertainty - a lot of it. This has further jolted the market at a time when it needs calmer minds and hands at the helm.

In the meantime, Treasury Secretary Mnuchin, after working hard to quell the explosive news about the firing of Chairman Powell, tried to be over helpful but ended up raising more questions. He convened a call with the top banks to gauge their liquidity concerns and then announced it publicly citing the banks had no such concerns. What was probably an attempt to help stabilize the financial markets and boost investor sentiment, ended up being seen as drawing attention to 2008 like financial liquidity crunch.

Now if one is in Secretary Mnuchin's shoes, one can imagine the munchin' he must be encountering from President Trump for recommending Powell to lead the Federal Reserve. So Secretary Mnuchin's all-hands-on-board style to calm markets and begin rebuilding investor confidence could have been excused as being done with the bonafide intent to smooth things out, even though it was imprudent and unnecessary. Secretary Mnuchin's attempts could be compared to a flag march that an army does through a disturbed neighborhood in times of stress or conflict in order to restore confidence. But the administration's actions only contribute to the narrative that it operates like a disturbed neighborhood. And the market doesn't know what's the next thing coming out of this disturbed neighborhood that will rock the boat.

This disturbed neighborhood phenomenon breeds more uncertainty, unlike anything one has seen in over a decade.

That hurt the stock market on Christmas eve earlier this week. 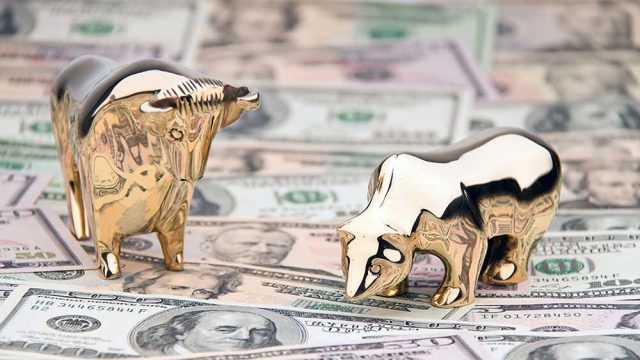 The risk is not of an impending economic contraction. The risk is that a wave of uncertainty being created by the Federal Reserve and further compounded by the administration can force a moderate economic pullback into a more serious economic crisis.

Market confidence is a fragile thing, particularly when it's under siege.

However, all is not lost.

This is a sharp bear market that swooped down rapidly. However, it was driven by a recession of confidence, and not by an imminent economic slowdown sliding inevitably towards a recession. That is the best thing going for the stock market in this dire environment, for it can be addressed relatively more quickly than an economic contraction. Furthermore, bear markets not triggered by an economic contraction are typically less deep, though still painful, than the ones that are driven by a forthcoming recession.

The stock market slide is something that prudent and measured policies can arrest, starting from minimal statements hammering away at the Federal Reserve. Instead, comments supportive of the integrity and independence of the Federal Reserve should be made to reassure global markets.

On the part of the Federal Reserve, there should be a greater willingness to recognize the risks and an openness towards doing everything to serve the twin objectives of high employment and low inflation. This also includes addressing the market negativity which has been blown out-of-proportion and has become untethered from the economic facts.

The market has to get the impression that the Federal Reserve shares the concerns being felt by investors of the current state of events. The Federal Reserve has to obviously realize that an enduring loss of confidence on the part of businesses, consumers, and investors, can eventually begin to undermine economic growth, in a self-fulfilling prophecy. Consequently, it's important to realign public perception, through comments and speeches, by emphasizing that the bank is sensitive to such risks. Such confidence-inspiring and prudent measures, to offset the bumbling slipups of the past month, can break through the vicious cloud of gloom and pessimism enveloping the stock market.

The title of the October article This Stock Reset Requires Patience is even truer now. But the markets can reverse near-term and enter a consolidation phase if there are no more self-inflicted jolts. Earnings growth will diminish from the pace of 2018. That is something which the market appears to have already factored, and then a great deal more.

Preservation of capital is an important goal in a Bear market and raising more cash in the portfolio is a sensible maneuver. We are presently 50% invested in our Prudent Biotech and Graycell Small Cap model portfolios. As of the beginning of December, the Prudent Biotech Portfolio was up +54% and the Graycell Small Cap up +16% for the year. However, if one is caught fully invested in the downdraft, perhaps it may be time after this 20% to 40% pullback, to now wait for a consolidation period depending on the investing approach one follows, as long as the individual positions remain sound and market conditions do not deteriorate further. If the Federal Reserve continues to be battered or some new crisis is willingly created, the market conditions will remain tenuous and warrant a portfolio readjustment. In our opinion, the next important event the stock market will now look for is a resolution of the government shutdown.

There were some signs of resistance to the market slide from small caps (IWM) and biotechs (IBB) on Christmas eve before the last hour created a downside tsunami. The S&P Biotech Index (XBI), that has already declined -36% from its high, was down much less relative to the market. Last week in the Biotech Bonanza: 2019 Outlook, we had mentioned a number of promising companies as well as sector concerns as 2019 approaches. Perhaps, biotechs and small caps may just be the first segments to stanch the bleeding and provide early signs of consolidation.